IBC | How To Manage Your Digital Assets 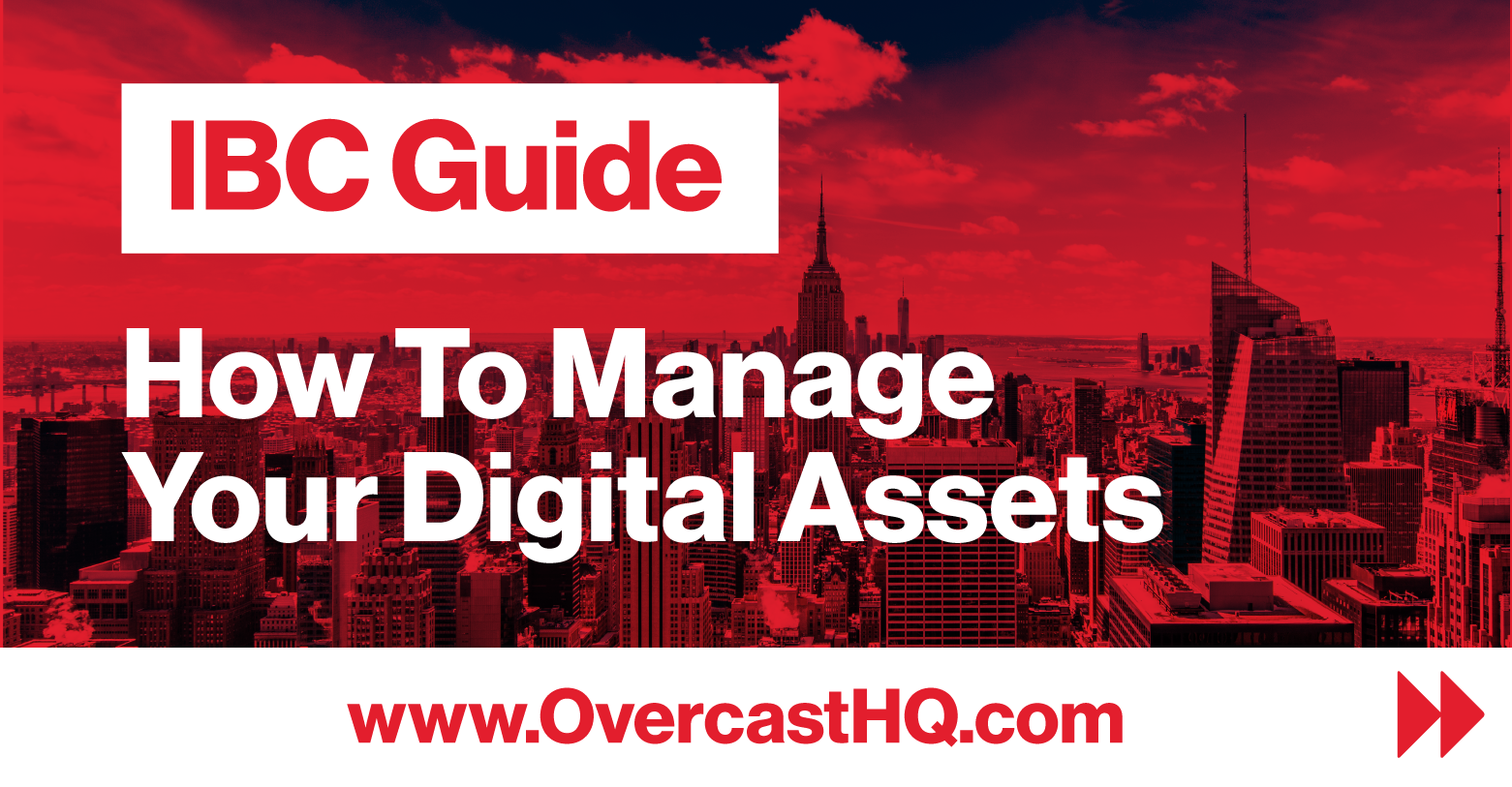 How to manage your digital assets

Broadcasters from all over converge on Amsterdam this weekend for one of the broadcast conferences in the world – the International Broadcast Conference (IBC). And the main theme this year is going to be digital asset management. You could put 10 of them in a room and none of them would say that to you – but it is the underlying truth. It’s all about how to manage digital and media assets in the age of internet-connected TV.

It used to be that broadcast was simple. You used to have a single way of delivering visual stories to people sitting at home in front of a screen – commonly known as a TV. It used to be the domain of the large broadcaster. The story would be shot on a single camera with a single format. It would be edited with editing equipment specifically designed for the film and then it would go into a broadcast playout system to be broadcast from a tower over the airwaves.

In homes across the country, there would be screens with antennae on them that would receive the signal, decode and make the pictures and sound mix together and play on the TV. Simple really. It was a push model. The biggest change is that we have now moved to a pull model whereby the person can choose what it is they want to watch.

Since those early days, everything has changed. The workflow – from coming up with the story idea to delivering it onto your screen, has fragmented and permutated in so many ways that you now have conferences like the International Broadcaster Conference in Amsterdam that are dedicated to what should be classified as digital asset management. Fifty-five thousand engineers will be there selling everything from connector wires and remote controls to satellites and 5G networks, from cameras to editing equipment and TVs to drones and helicopters and robotic studios.
But at the end of the day it is not overly complicated, all the people in the TV business really want to do is tell stories using pictures and sound. How difficult can it be?

I’ve been going to IBC for many years now. And the most noticeable change has been the effect connectivity has had on the conference. It used to be that the different halls were categorised by the type of equipment that they sold. So all the cameras would be in one place. All the networks another. And all the Content management systems another and so on.

Then about 9 or 10 years ago they called Hall 14 the “Connected Hall”. That was interesting. Youtube was 2 years old and more and more people were looking to deliver video onto their websites. Broadcasters, it must be remembered, were very unhappy with Youtube. Many even attempted to take them to court over copyright issues. But the eventual rise and rise of demand for video over IP meant that the writing was on the wall and broadcasters started down the road of creating networks and devices to deliver video over the internet.

BBC iPlayer was launched in 2007. TV3 Ireland launched their player in 2008 and the world began to change. The next big change came when broadcasters started to get their heads around what a cloud is. It must be said – it’s still a work in progress – but then it is for everyone in business. The important thing to understand is that cloud and video IP are not core capabilities of the broadcast ecosystem. Like all industries, they have to figure out how it works, how it doesn’t work and what the business models are that make it viable.

They don’t differentiate at IBC anymore. The original nay-sayers who fought the change said the networks could not keep up and even if they did – the quality of the picture would never be good enough over the internet. Well, today the networks are good enough and the quality keeps getting better and better. Some argue that high definition, super high definition, 4k, virtual reality and augmented reality are only possible because of the recent changes of attitudes of broadcasters. And the one thing that everyone agrees on is that the pace of change is accelerating.

As more and more people began to accept connectivity, Hall 14 at IBC grew and grew until finally, the big players decided they wanted to get in there. Originally, it would be hard to find a brand name you would recognise in Hall 14, now the likes of IBM and Google call it their home.

It is interesting to note that there is quite a bit of talk these days about the difference between MAM and DAM. At the end of the day, they are a bit like halls at IBC – they are all blending into one.

But those definitions don’t hold true anymore. An easier way to think about the difference is to think that MAM is designed for technical types like editors whereas DAM is designed for business types like marketers. The reality now is that all marketers work with video so the two need to converge. And Digital Asset Management is better placed to come out the winner due to its usability and ease of workflow.

Now, your asset management system needs to handle both video and all other digital assets. Adobe and Avid would likely qualify themselves as MAMs, and their big failures for the new generation of broadcasters is that they are too complicated business people to use. They don’t want to upskill on another system. They just want to shift documents and video around easily.

Organisations need to have something that is simple to use that works well with video as well as other assets. Now that business is driving the agenda when it comes to making video, there are lots of buttons and functions on the traditional MAMs that are simply not needed in order to tell a story with pictures and sound.

Let’s talk about digital asset management. Is it the sexiest part of TV? Not likely. I’ve never heard of someone growing up saying that want nothing more than to be a digital asset manager. But when you can’t find a video, or you get it to work on your TV set or in Powerpoint presentation, who or what is it that is at fault? The fault inevitably is something to do with the digital asset management ecosystem. So while we don’t think we care about it – we really do. A lot.

One of the advantages of having worked in television for over 20 years is to be able to stand back and say – back then, we had that sorted. It worked. Rarely were there glitches. Today it is different. Because of the fragmented ecosystem, there are many things that do not work that well. If there is one piece of advice I could give to business owners, it is to look at the systems you are using and ask yourself; are you being efficient and effective?. If you don’t know anything about DAM, here are a few questions that – if you answer yes to even one of them – means you need a DAM.

How do you know if you need Digital Asset Management technology in your enterprise? Do any of these challenges resonate with you?

When assessing a digital asset management system – you need to apply business rules. Free is not going to be good enough. And starting at million dollars probably is not good enough either. The beauty is that now you can get million-dollar technology at real business prices. Just click here.